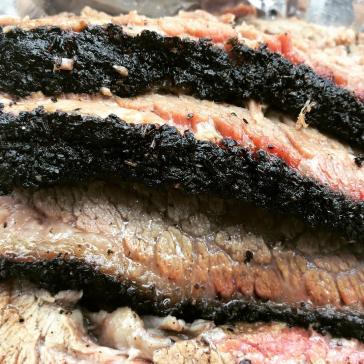 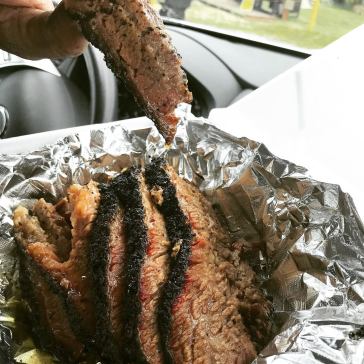 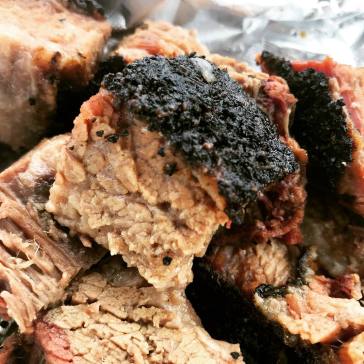 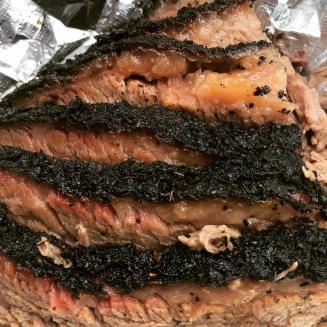 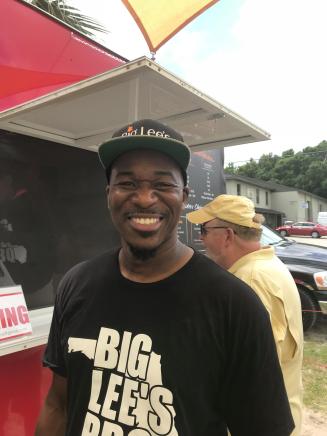 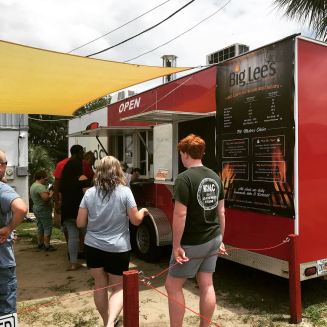 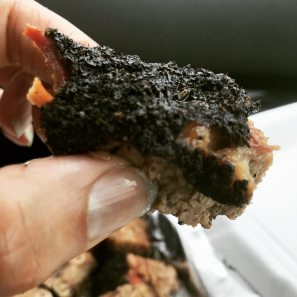 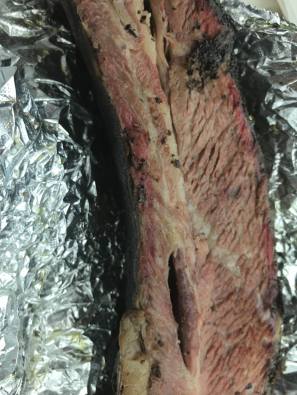 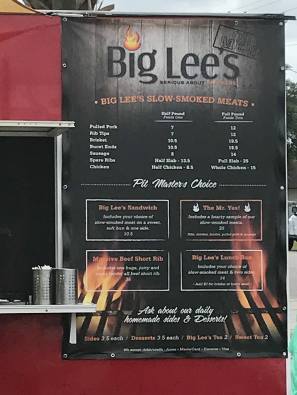 Big Lee’s-Serious About Barbecue is located in Ocala, Florida.   My latest food trip was a trip to Central Florida to check out this BBQ for myself. Big Lee’s is a food truck which is only open on Fridays and Saturdays. The pitmaster behind this outstanding BBQ is Rashad Jones, host of Food Network’s “Eat, Sleep, BBQ”.

I was familiar with Rashad from Guy Fieri’s “Guy’s Big Project” but I became obsessed with the pictures and videos of his BBQ posted each week on Instagram.  I flew down to Orlando on Saturday morning and planned to arrive in Ocala by noon, hopefully before the brisket and beef ribs sold out.

As expected, there was a long line of people waiting to order. I knew immediately the food had to be great and I was going to be in for a real treat. The sun was strong, and it felt like it was at least 95 degrees. To wait in a long line in that kind of heat, the food had to be good and the local people knew it. What also impressed me was Rashad was greeting all of his customers waiting on line. I had the pleasure of meeting him and talking to him for a few minutes. His southern hospitality adds a nice touch to his business.

My plan was to order the brisket and beef rib because I had been drooling over it on Instagram for the last 3 months. I also knew I had to get the sweet tea, a southern specialty and one of my favorite drinks. I was pleasantly surprised to see banana pudding on the listed board because there is no better way to end a delicious BBQ meal than with a tasty dessert. Unfortunately, they ran out of banana pudding just as I was approaching the window. Luckily enough they had caramel pudding, so I was happy to get that instead.

How was the food? Just as I thought, Amazing!!! The brisket was succulent; tender and juicy, just as it appears in the pictures. As I like to say, it was “seasoned to perfection”.  You can see from the pictures, I devoured the brisket and burnt ends in the car. The burnt ends are not your traditional burnt ends, the are really thick chunks of juicy brisket. I couldn’t have asked for better flavor.

I’ve had giant beef ribs from different BBQ joints around the country. This had to be the biggest beef rib I have ever seen in my life. It was hard to photograph because it was so long I had a hard time fitting it in the frame. The flavor was as big as the bone!

Getting to Big Lee’s was about a 6-hour journey between the flight and drive from the Orlando airport. It was worth the trip and experience. Would I do it again? Absolutely. I am hoping he adds pastrami to his menu. I think it would be a great addition to an already great menu. If he does that, I will definitely be back.

Kudos to Rashad Jones for great food and great hospitality! He is at the top of the BBQ game.