Hill Country was always one of my favorite places for BBQ in New York. I hadn’t been in two years so I decided to give it a try after work with one of my friends. I had fond memories of their juicy mouthwatering brisket so I was hoping I would not be disappointed this trip. Since my last visit to Hill Country, I have visited some of the other top ranked BBQ places in the New York City area; Hometown Bar-B-Que and Mighty Quinn’s Barbeque being my two favorites. These two restaurants really set the bar high for both their brisket and beef ribs so Hill Country was going to have to bring their A game to top either of these hot spots.

I ordered a half-pound of the moist brisket to eat at Hill Country and another half-pound to bring home with me. The brisket did not look very moist or fatty as it has in the past. That should have been my clue to try the beef ribs. Because I had a long pleasing history with Hill Country, I decided I would go ahead and give the brisket a try anyway. Unfortunately, that was the wrong decision. As you may be able to see in the picture, the end of the brisket is on the dry side. It wasn’t packing much flavor either. If the flavor had been powerful, I think I could have dealt with the meat being a tad bit dry. But, I found the brisket to be both dry and bland. This was a huge disappointment, especially since I had already spent money on extra brisket to bring home with me.

My friend ordered the Burnt Ends and the Chicken Wings, which I believe were one of the specials that night. If you look at the picture of the Burnt Ends, they look pretty good. She said some were moist and some pieces were dry. On a scale of 1 to 10, she gave them a 7. I tried one of the chicken wings and they were too spicy for me. Even disregarding that, they weren’t falling off the bone or overly tender. Sorry to say, overall I think Hill Country missed the mark on their meat that night.

The meal was not a total loss. The sides helped to make up for the disappointing meat. With my brisket I had the Sweet Potato Bourbon Mash and the Creamed Corn. The sweet potatoes were very good; sweet but not too sweet. The creamed corn was tasty. I make a good corn pudding and my own creamed corn so I am a hard critic when it comes to corn dishes.

The biggest surprise of the night was the Summer Squash Casserole which was phenomenal. Neither of us were expecting the casserole to be so tasty and enjoyable. It was based in a really thick and savory brown gravy, almost like what you would smother chicken or pork chops in but with a kick to it. I wasn’t expecting that from a squash casserole. What put this casserole over the top was what I think were nacho chips in it. They added an unexpected extra burst of flavor. We both agreed overall we would rate the sides a 9 out of 10.

Neither of us had room for dessert although we did take a look at the dessert tray. They had 6 options including banana pudding, red velvet cupcakes, cookies and pecan pie. They all looked good I just couldn’t eat another bite. I think I drank too much sweet tea which I really enjoyed.

Will I be going back to Hill Country anytime soon? No, New York is becoming a BBQ town with lots and lots of good options. My next stop will probably be in Brooklyn to try some place new. 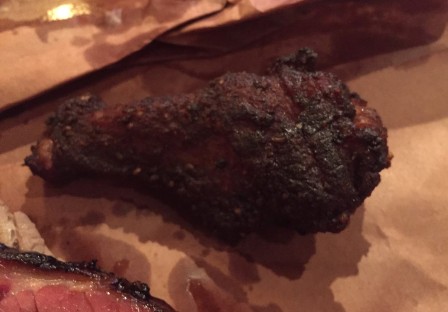 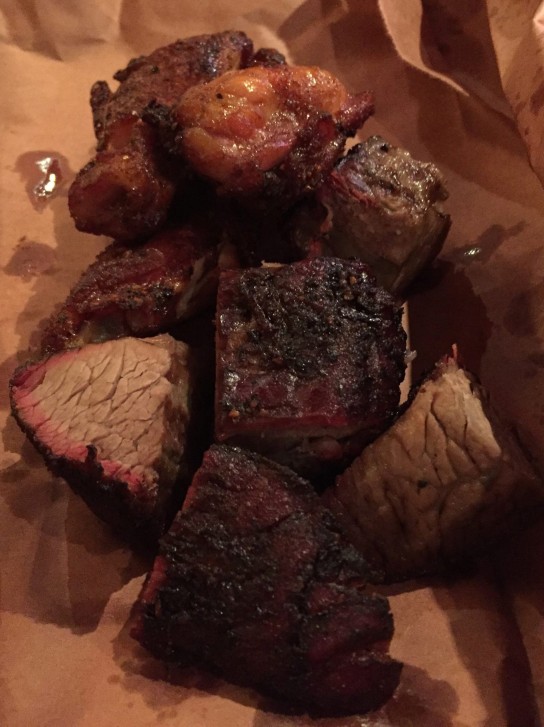 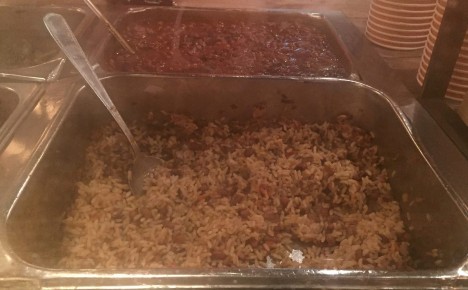 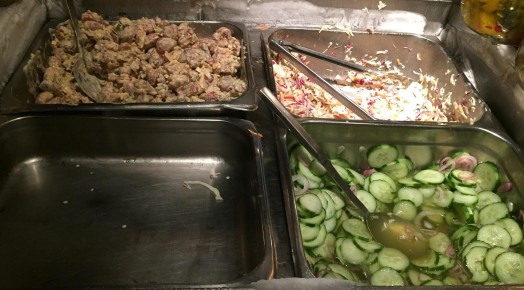 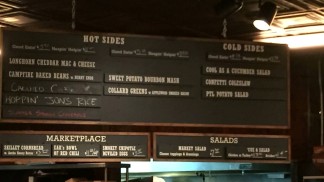 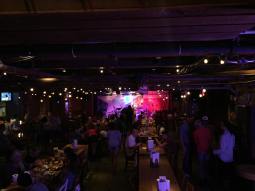 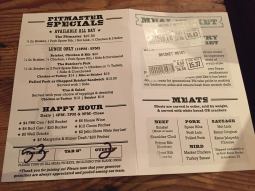